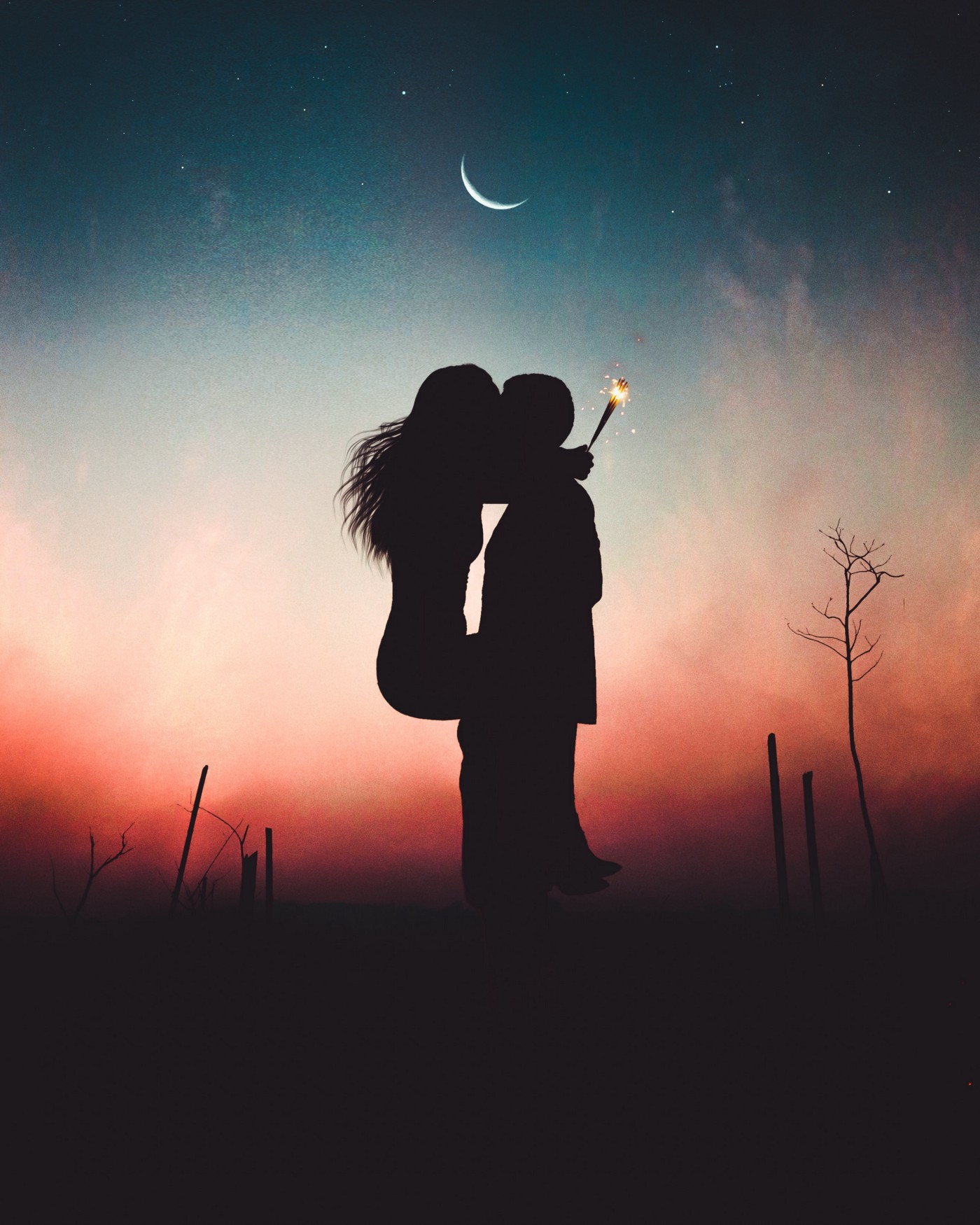 The road is almost silent. Most of the people have already gone to sleep in their houses. Some shopkeepers are preparing to close the shutters and go home. It is a very good time for street dogs to roam freely without any bother. While the roads are getting empty, Amar is walking slowly on the footpath, not caring about anyone or anything around him. His thoughts are elsewhere.

He is thinking about the breakup with his girlfriend Amulya today after years of their relationship. His mind is full of thoughts, but somehow he feels calm and relieved. He slowly began to revise the moments of his broken love story. A gentle smile appeared on his lips when he recall his first encounter with Amulya. It was almost like a magical moment of his life.

It was the first day of his Engineering. He was so excited to explore this new phase of life. Although he's little poor at his studies, he managed to secure his Engineering seat in a good college. His college is far away from his home, so he needs to attend by bus every day.

Finally, he is at his new college, his heart is racing fast with excitement. Many freshers like him make their way to the college auditorium to attend fresher's meet. So excited to see all this, Amar also went to the auditorium along with some other students. The auditorium is big and there are so many chairs placed there. He quickly had a seat on a chair and waited for the ceremony to start. The new college, new friends, new culture, everything seems so excited. He started to introduce himself to the other students who sat beside him. Not only him, but everyone is very much excited. The auditorium is so noisy with people chitchats, but soon it all stopped when college staff arrived at the meeting. The ceremony continued as all the staff members introduced themselves and about college culture to the students and gave tips for them. Slowly it is getting bored for the students with the endless speeches from staff members. Bored Amar, started to look around him to see how other students feeling. But soon his looks stopped at the corner of the auditorium where a group of girls are talking to each other. His eyes are locked on a girl in the group.

His heart started to pound fast, his lips started to smile without his knowledge, and everything around him blurred out except for the girl he is looking at. The auditorium, the people, the staff members, and their speeches, nothing is reaching him, he just keeps on staring at her. Half an hour just passed and he still staring at her, ignoring everything around him. Poked by his gaze, she also slowly looked at him. Surprised Amar, turned his gaze away from her, fearing what might happen. But his efforts soon became futile, he then again started to look at her slowly. But this time, to his surprise, she also started to look at him with a warm smile. Their eyes are locked on each other and his heart is pounding very fast. They both seemed to be experiencing their love at first sight. Suddenly their looks were interrupted by the loud noise of the bell which concluded the meeting. All the students who were bored till now got their energy back with the sound of the bell and started to evacuate the auditorium. Amar tried to reach the girl in among the crowd, but despite his efforts, she is nowhere to be found. Disappointed Amar, left the auditorium to find his classroom, wondering whether he will see her again or not?.

It's been an hour since he came to his classroom. Some of the students are yet to come. He is sitting on a bench in the middle row and talking to other students. The whole class is noisy until their chats were interrupted by the faculty. The faculty started the introduction session and students began to introduce themselves one by one. It's Amar's turn now, he stood up to introduce himself. But suddenly his speech was interrupted by a group of students who had just come to join the class. Annoyed Amar turned to look at them. All of sudden his eyes locked on a student among them, his heart started to pound fast, a small chill of shock and surprise ran through his spine, his mind is filled with joy. It's her, it's the same girl he saw earlier, he was surprised to see her in his class, he can't believe his luck. As the faculty allowed them inside, she slowly looked at him, who is standing in the middle of the class staring at her. She also seemed to be surprised to find him there as she smiled at him and sat on the front bench along with her friends.

As all the students settled in, the faculty asked Amar who seems to be lost in thoughts to continue his introduction. Coming to the harsh reality from the dream world, Amar introduced himself to the class. She smiled as he looked at her after his introduction. Her smile gave him a ton of energy. After some more students, it's finally her turn to introduce herself to the class. Amar's heart started to beat fast as she stood up to continue. He is been waiting for this time to get to know her name. He listened very carefully as she introduced her name as Amulya. He was finally relieved as he knew her name now. "Amulya", is such a wonderful name.

As it was their first day, the class finished early. As soon as the class ends, he rushed to talk to her. After some effort, he was able to talk to her alone. To his surprise, she also seemed to be excited to talk to him. Without much time and effort, they both became good friends. As days passed on, their bond seemed to be getting stronger quickly. One fine day thinking to take their relationship to the next level, Amar expressed his love to Amulya for which she said she also has the same feelings for him. At that moment, he was the happiest person in the world as they both officially started their love life.

Things were so excited for them as they were in love. Years passed as they enjoyed it a lot. They traveled a lot together, went to so many movies, and had so many lunch and dinner dates. Everything was absolutely fine between them, until their final year. It seems fate has different plans for them.

It was their final year in college. Despite spending a lot of time together, Amulya managed to secure a good percentage in her studies meanwhile, on other hand, Amar had some backlogs. Their relationship which seems unbreakable at the beginning started to weaken as time passes. Amulya managed to crack the campus interview, but Amar was not allowed to attend the interview since he has some backlogs. It was from then, that Amulya started to avoid him slowly. She always used studying as an excuse whenever he wanted to talk to her. She avoids going out with him. Slowly she stopped talking to him altogether. He tried to talk to her so many times to fix things between them, but every time he gets a cold response from her.

Finally, he ran out of patience and went to talk to her directly after the class. It was then, that she told him that their relationship will never work out since she has a good job offer in her hands meanwhile he has nothing. She also told him that her marriage was already set up with her brother-in-law, so it was better for them to end their relationship now. Amar was shocked to hear that she actually wanted to break up with him. He tried to convince her, but despite his efforts, she scolded him for bothering her and left from there. He was so confused since all these things happened in a flash. He wanted to cry, but couldn't. Without having to do anything, he came home.

He is walking on the road slowly having so many thoughts. After some time alone, he was able to regain his calm. It was then, that he realized that they don't really love each other. They just confused infatuation with love. She didn't love him and he also didn't love her really. That's why they broke up that easily. Recalling all these things he smiles as he recalls how foolish he was. Back then he was so excited about his college life, and in the same excitement, he saw her for the first time and was attracted to her looks. It was the same in her case too. Thinking about the past, he realized that they never understood each other. After being in a relationship for years, they don't even know each other's likes and dislikes. "Love at first sight? such bullshit" he thought. Is love at first sight real? maybe or maybe not. We can't judge all such cases as love and can't judge all as infatuation. But it may depend on the age and situation of the person. Many teenagers will confuse infatuation with love which happens at the first sight. It may be impossible for one to fall in love with another at first sight without understanding who the other person really is. Even then, we are fooling ourselves by being with the wrong ones. Such cases will never last long, they will fall apart as soon as the distance between them increases or the status between them changed. We can fall in love with a person at first sight, but that requires some adjustments and maturity. Love at first sight always starts with infatuation, but the success rate always depends on their mutual understanding and trust. If they are matched, then they will succeed, otherwise, they will eventually fall apart.

Amar actually feels relieved after realizing that his case is the one that failed. He is relieved because he doesn't have to fool himself again. Thinking about everything, he just looked at the sky, the bright moon waving back at him wishing him luck for a better future. 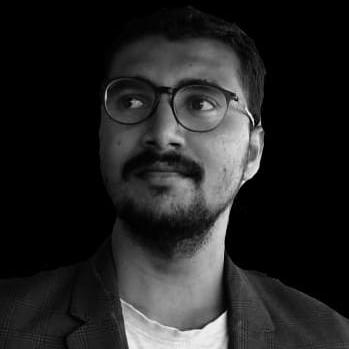 A passionate full-stack developer known for the quality apps produced for Companies and Entrepreneurs around the globe to make their business ideas come true.

You can login using youe email address to use the site effectively. The login will be temporary and will last only an hour.